Growing up, my family changed houses only about four times that I can remember. We moved from Iowa, where I was born, to Kansas City, where I started school, then to Friendswood, Texas, and after that to Houston, where I graduated from Bellaire High School in 1967.

As is typical, I relocated numerous times in my college years—from one dorm room to another, from this apartment to that one, and then married for the first time in 1970 and occupied two Houston apartments before returning to Iowa, where for eighteen years we lived on the 80-acre farm where my father was born. My next move was into town—on my own at thirty-nine with my three kids, thirteen, nine, and six at the time. Lucky for me, my parents had inherited the house in Winterset where my Aunt Katherine—and my grandparents before her—resided after retiring from farming. I had practically no money, $80 a month in child support, and only the bare beginnings of a livelihood, but we had a roof over our heads.

During my thirty-plus years on West Jefferson, I forged a career, purchased the house on contract from my mother, remodeled it, landscaped it, and built an addition on the west side. In 2000, Mark Davis graciously moved from Texas to Iowa to marry me. In 2003, we added on again and put up a three-car garage. 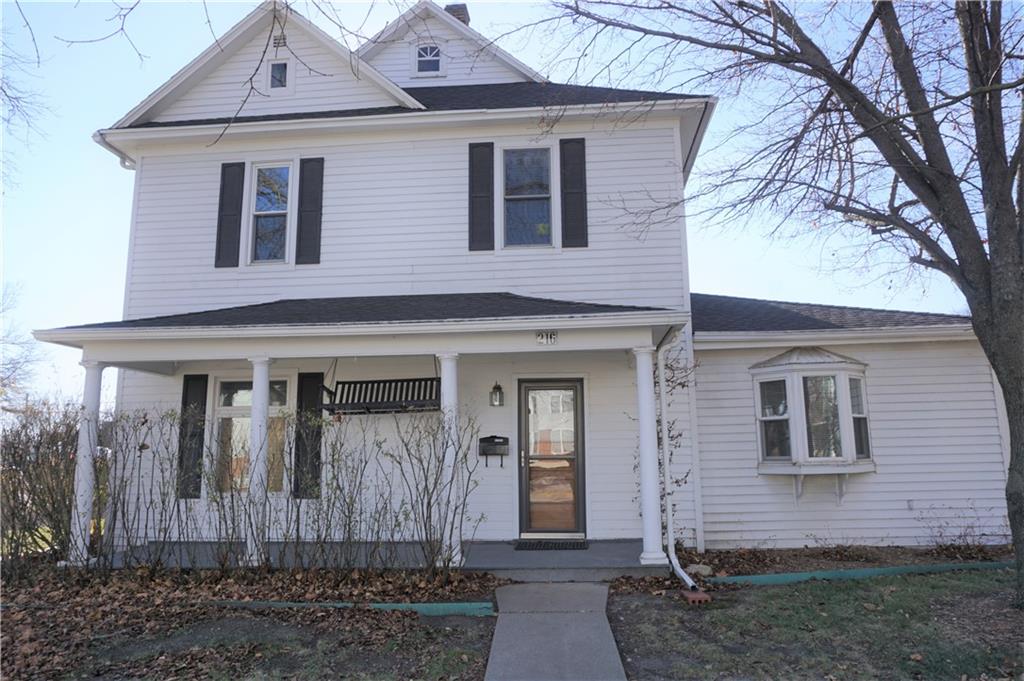 Last fall Mark and I celebrated our twentieth wedding anniversary, less than a week after moving a block and a half from the house on West Jefferson to an historic brick two-story just steps away from Winterset’s town square. Surprisingly, I shed not a tear, and over recent weeks have examined why.

For one thing, our new home is totally different from any space in which either of us has lived. Picture a New York City or Chicago apartment, twenty feet wide by ninety feet deep, a living/dining area the full width of the building, with exposed brick walls, a see-through gas fireplace separating the living room from my slate-floored “lobby” office at the front of the building. It’s so urban, but with little Winterset—instead of a big city—outside. I can see the courthouse dome through my office windows! 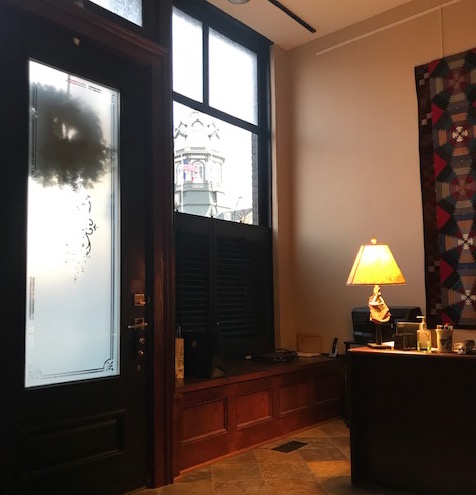 For another thing, because of pandemic-related supply chain problems, the changes we made prior to moving (including putting in a kitchen) took six months, which meant we had plenty of time to sort through our belongings. We figure we eliminated at least thirty percent. The Legos went to a young family, my old prairie dresses and the kids’ dance costumes to the local theater group. The seen-better-days deck furniture went out to the curb where it was snapped up before I could even print and attach the FREE sign. Deciding what to keep and what to let go of centered me.

Currently, I walk by my old house every day on my two mile stroll, minimally affected by the For Sale sign in the yard. Left behind are two dozen rose bushes, a cherry tree, and memories galore. My hope is that a growing family will fall in love with 216 W. Jefferson, purchase it, and thrive there just as I did.