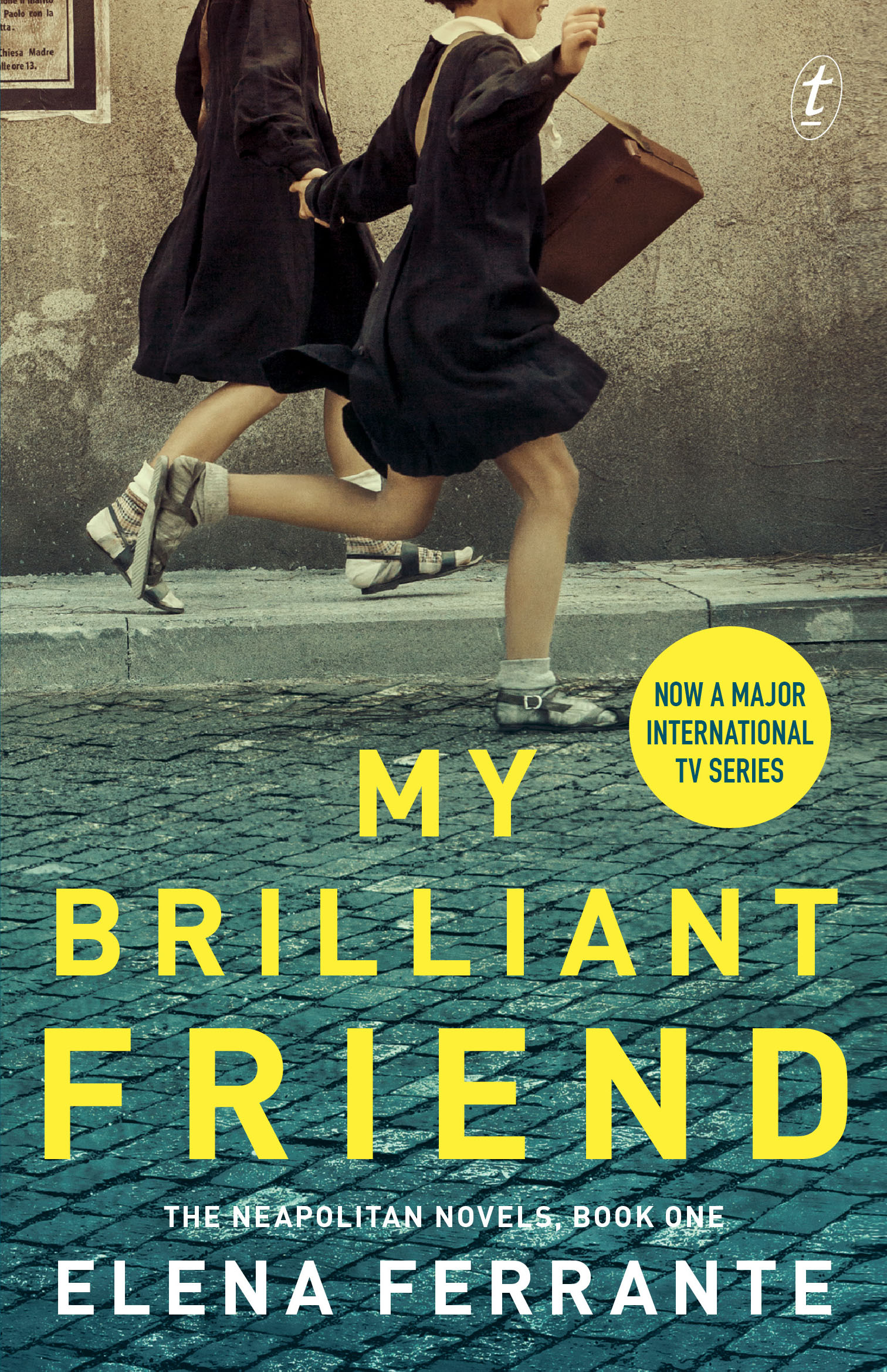 While in Nashville recently for QuiltCon, I took a break from the convention center to visit Parnassus Books, the classy independent bookstore established in 2011 by one of my favorite authors, Ann Patchett. My sidekick on the pilgrimage was my new writing buddy Frances O’Rourke Dowell. Frances and I gabbed about books and writing (and quilts) all the way to Parnassus, throughout our time in the store, and back. We even conducted an impromptu counseling session for a customer searching for the perfect book for her club, unanimously recommending The Great Believers by Rebecca Makkai.

One of the titles I purchased at Parnassus was My Brilliant Friend by Elena Ferrante (not the author’s real name, apparently). Set in the 1950s in a poor neighborhood in Naples, the story takes off when the two main characters toss each other’s dolls into a dark cellar. In early chapters, I was wowed by the way the narrative travels away from (and back to) its dramatic opening scene, something I’m trying to do in my own work-in-progress.

Gradually, however, I wearied of Elena’s and Lila’s ridiculously (to me) intense relationship, of their endless competition, of the many other, often interchangeable, characters both male and female, and especially of the posturing and trivial rivalries of the men. I’m not saying the author did not accurately describe life in the narrow world in which she grew up—I just found reading about it boring. Every character, young and old, seems stuck in the life of the neighborhood. Men and boys defend the honor of their wives and sisters, but beat these same wives and sisters when tradition calls upon them to do so.

The main question of this first of four volumes in Ferrante’s Neapolitan Quartet seems to be, “Who will win the hand of Lila, the most beautiful girl of all?” Ultimately, I didn’t care. Here’s an excerpt, a scene just a few pages from the end, during the reception following Lila’s marriage to Stefano, the narrator (Elena) describing the guests: They would restrain their rage for love of Lila . . . but when she had left, with her husband, then a huge fight would erupt, and it would be the start of hatreds lasting months, years, and offenses and insults that would involve husbands, sons, all with an obligation to prove to mothers and sisters and grandmothers that they knew how to be men.