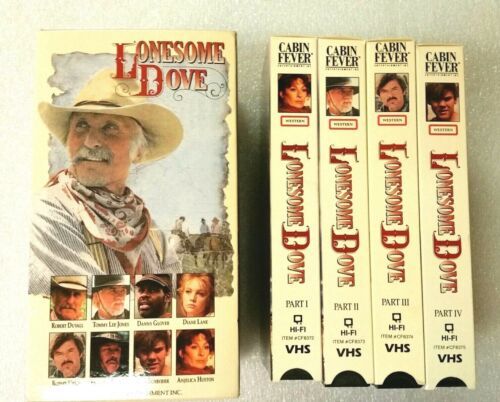 Back in the 1990s, when TV screens were small and VHS tapes were the available vehicle for home movie-watching, I binged on a boxed set of LONESOME DOVE. I loved the story so much I drove to Barnes & Noble in Des Moines the day after watching the last episode and purchased a paperback copy of Larry McMurtry’s novel, which won the 1986 Pulitzer Prize for Fiction. McMurtry’s writing is fantastic, but I remember being disappointed any time book and movie didn’t match up. The filmmakers left out scenes in the novel I loved!

This past March, in order to have a reason to watch the Academy Awards, I streamed a few of the Best Picture nominees on my laptop, including THE POWER OF THE DOG. I was already a fan of actor Benedict Cumberbatch (Sherlock, Tinker Tailor Soldier Spy, The Imitation Game), who plays the lead character in the movie. I find his non-traditional facial features—including his eyes, which, because of a rare condition of the iris, shift from green to blue depending on the light—mesmerizingly attractive.

The pacing of the film is slow but gripping, the cinematography breathtaking, and the acting masterful, as Phil’s repressed rage finds increasingly cruel outlets. The drama shifts tectonically when Phil takes Rose’s greenhorn teenage son Peter under his wing. 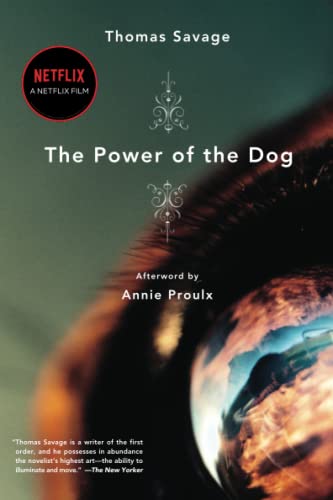 I visited Chicago in May, when the movie was fresh (but not too fresh) in my mind, and my daughter Rebecca loaned me her copy of Thomas Savage’s novel.* The novel-to-film adaptation, as Rebecca reported, is quite close, plus months had passed since I watched the movie. Savage’s writing sometimes runs hyperbolic, sometimes melodramatic, but it’s overall great, and with the lavish cinematic version playing in my head as I read, I loved every word.

One of my favorite nonprofits, Winterset’s Iowa Theater (on whose board of directors I serve), is launching the Sunday Movie Club in September, and we’re kicking it off with THE POWER OF THE DOG.** The mission of the club is to screen recent Oscar nominees and winners that are less mainstream than The Iowa’s usual fare—not exactly art-house, but kinda sorta.

For $75 per year, members get admission to one movie per month (on the third Sunday) reserved seats, an Iowa Theater logo tote bag, and a lively, brief discussion of the film following the screening. The first installment is on Sunday, September 18, at 5:30, and Rebecca and I are leading the talkback afterwards. Find out more about the Sunday Movie Club and join here.

*Thomas Savage wrote over a dozen novels, most of them Westerns.

**THE POWER OF THE DOG won Best Direction for Jane Campion, who also wrote the script.