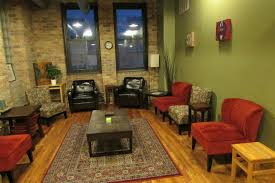 For several years, now, as I’ve pursued my love of fiction—as a writer rather than a reader—I’ve taken lots of classes, most of them at the Iowa Summer Writing Festival in Iowa City, a production of the University of Iowa, and I’ve learned a lot. Some were a weekend in duration, others a full week.

Now, I am embarking on a yearlong course of study called, “Novel in a Year,” offered through StoryStudioChicago, a writing center in Chicago (natch). To apply, hopefuls submitted ten pages. I sent the first ten of the novel I am currently drafting, working title: WINTERSET.

My teacher is Rebecca Makkai, author of the 2018 hit novel, THE GREAT BELIEVERS. Rebecca has been teaching the Novel in a Year class for around ten years, from back when she was not the literary sensation she is now, when she had only a single book of short stories (MUSIC FOR WAR TIME) in print. (Her stories, by the way, are some of the best I’ve ever read.)

I was over the moon when I learned I made the cut. The class was to be limited to twelve persons, but the welcoming email from Rebecca said she had made an exception and expanded to thirteen. Our “cohort” of thirteen meets once a month in person with our teacher in Chicago, but there will be online assignments and interactions all along the way.

Last week at our first get together, we learned there were fifty-five applicants, the most that have ever applied. Rebecca said the selection process was the most challenging ever in her years of conducting the class. She said that she had to pass on several writers that in any other year would have made it. She said if any of us have any doubts about ourselves as writers to throw those doubts out the window—we all belong. Our lesson for the evening was on the beginnings of a novel, the concept of orientation, how much we ground the story in its early paragraphs, how to decide what to reveal, or conceal while (hopefully) hooking the reader in. The first paragraph of each cohort member’s novel was read and analyzed. What a blast!

And so, for the next eleven months, I’ll be traveling to Chicago—by car, train, bus, or plane—for the in-person sessions, and in between those times spending my early morning hours writing, writing, writing. In February, my turn for “workshopping” will come. Everyone will read the first twenty pages of WINTERSET prior to class, and I’ll be subject to a full hour of input and critique. The motivation I feel to hold up my end, to give as good as I get, is huge.

Bon voyage to me!