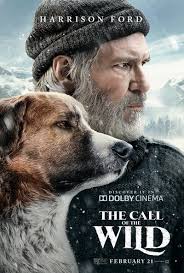 A week or so before “The Call of the Wild” (the movie based on Jack London’s famous novella) opened at the Iowa Theater here in Winterset, I happened to read somewhere that the dogs in the film are computer generated images.

“Gosh,” I thought, “couldn’t they have given real dogs gainful employment?” It seemed unfair for fake dogs to replace living, breathing (actor) dogs. However, as I munched my popcorn* in the dark, I was glad no real dogs had to even pretend to endure the hardships Buck and his co-dogs endured. As the story progressed in cinematic beauty, I knew I was being manipulated by those cheesy, glossy, CGI mutts, but I was thoroughly entertained.

I’m embarrassed to say I had never read Jack London’s THE CALL OF THE WILD, despite the fact I majored in English. I happened to be in Iowa City the week after I saw the movie, so I purchased a copy at Prairie Lights. Like the movie, the book is slightly—but only slightly—cheesy, and, honestly, a terrific read!

The movie people captured much of London’s content, but I feel they passed up the novel’s most powerful scene.

After several years of grueling labor as a sled dog, Buck is rescued from cruelty by John Thornton (played by Harrison Ford), gets much needed R&R, and regains his formidable strength. In the chapter titled “For the Love of a Man,” the bond between dog and human also strengthens, their means of displaying affection for each other described by London in beautiful prose. Thornton’s habit is to take Buck’s massive head roughly between his hands and shake it back and forth while calling his dog pet names that sound like cursing. Buck shows his love by taking Thornton’s hand in his mouth, closing his teeth upon the flesh hard enough make marks but not hard enough to break the skin, kind of a canine hug.

Later in the chapter, when Thornton and Buck are wintering in Dawson, superdog Buck earns sixteen hundred dollars for his beloved friend. Thornton has bragged in the Eldorado Saloon that his dog “can start a thousand pounds,” meaning Buck, harnessed to a sled, can break the sled runners out of the ice and pull half a ton of weight a distance of one hundred yards.

Once the wagers are in, the men pile out of the bar into the icy thoroughfare, and Buck is harnessed to the sled. The noble dog is excited, sensing something extraordinary is required of him. Thornton takes Buck’s head in his hands, and instead of cursing whispers, “As you love me, Buck. As you love me.” London writes:

London’s description of Buck’s victory is simply magnificent. Thornton uses the money to pay his debts and outfit an expedition deep into the Yukon to search for a fabled lost gold mine. The culmination of the story (which motivates Buck to answer the call of the wild) is far different and much more powerful than the one the moviemakers created. The movie version of the story satisfied me as entertainment, the book with intellectual and narrative depth. THE CALL OF THE WILD is only 80 pages long; I highly recommend it! 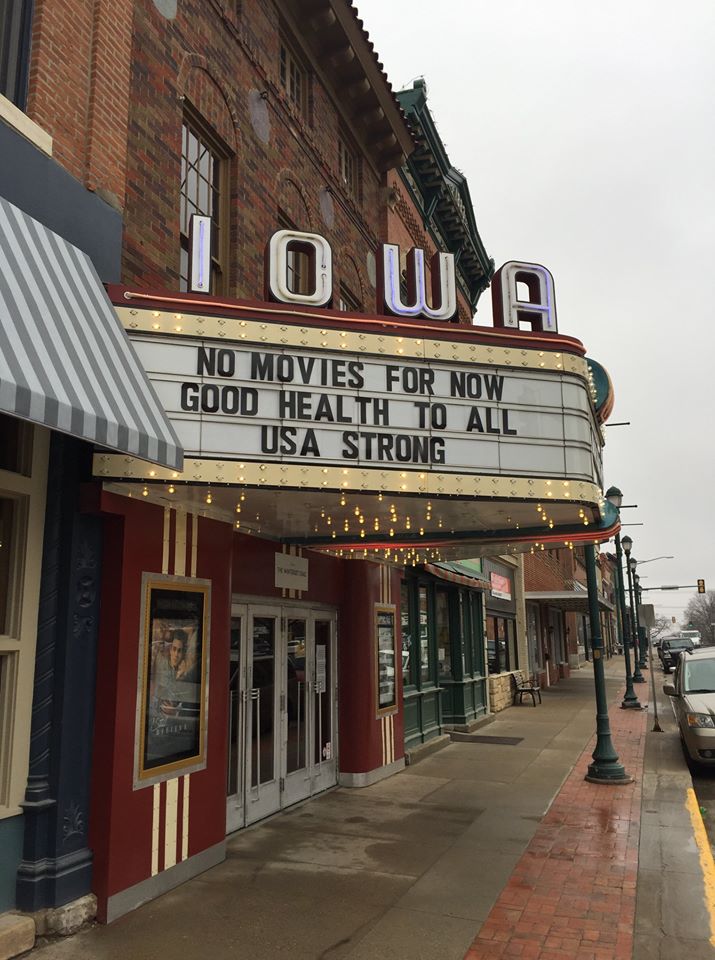 *Because of the COVID19 pandemic, The Iowa (like movie theaters nationwide) is currently shuttered, but its marquee is staying on.